Promoting Accountability and Trust in the Workplace 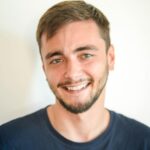 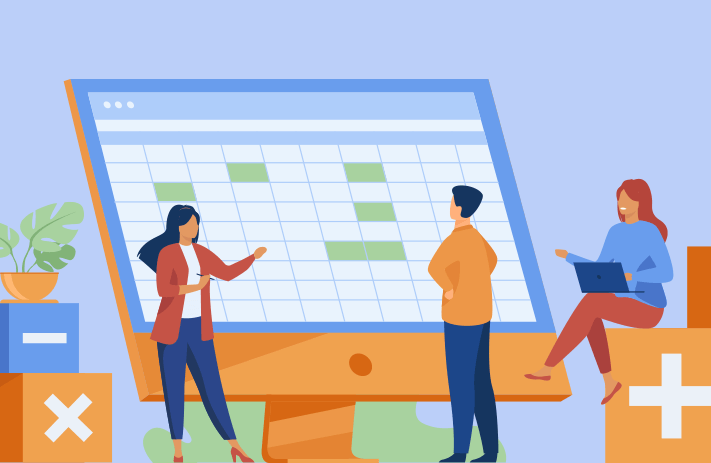 Promoting Accountability and Trust in the Workplace

Trust and accountability are the essential components of a productive workplace that enables people to grow. Many companies underestimate the importance of the two, which ends up undermining the performance and satisfaction of employees.

Accountability in the workplace is what helps people to build meaningful relationships, establish a sense of ownership, and make them feel responsible for their actions, behavior, and success.

In this blog post, we will look at the importance of accountability and trust in the workplace and what employers can do to foster the two to ensure an open and proactive communication among colleagues.

Let’s dive right in, shall we?

The downsides of no accountability

Failing to establish a sense of accountability comes with a wide array of drawbacks. It creates an environment that erodes the team’s morale, leading to a lack of punctuality, responsibility, diligence, and so fort.

To understand the value of trust and accountability, we need to view a team or organization as a complex network. People interact with each other regularly.

Their work often relies on the work of their colleagues, which means that in order for this network to operate efficiently, all the participants need to have a sense of shared responsibility and respect for their peers.

Lack of accountability often has a snowball effect, causing the entire network of professional relationships to become increasingly inefficient and stressful. As a result, this may lead to a variety of problems like:

Okay, so if lack of accountability is so taxing to team’s morale and productivity, why not do something about it? The problem is that businesses are different—they have different organizational designs, processes, cultures, and backstories. Therefore, every business must find an individual solution to the lack of accountability.

On the bright side, there are numerous studies that can show us what the most common reasons for low accountability are. Let’s take a look.

A study published by Gallup suggests that about half of employees actually understand the full spectrum of their responsibilities and what their companies expect of them. Sounds pretty unsettling, doesn’t it?

This problem often lies at the root of an unaccountable environment. People simply can’t feel entirely responsible for what they do if they have little real understanding of what is expected of them.

And while some may assume that less clarity in terms of a person’s responsibilities at work may actually foster autonomy and independence, it’s also fair to say it may as well wipe out any inkling of ownership that they may have had.

AMA Enterprise has recently surveyed the management and employees of 500 U.S. businesses. The study uncovered what appears to be the single biggest reason why people avoid taking extra responsibilities at work—it all has to do with the fear of being held accountable for mistakes and failures.

It appears that punishing employees for poor performance remains a common practice in way too many modern-day companies. It’s easy to see how this irresponsible attitude can seriously undermine people’s psychological safety at work. As a result, people avoid taking on extra responsibilities and challenges—there’s simply no real incentive for that. 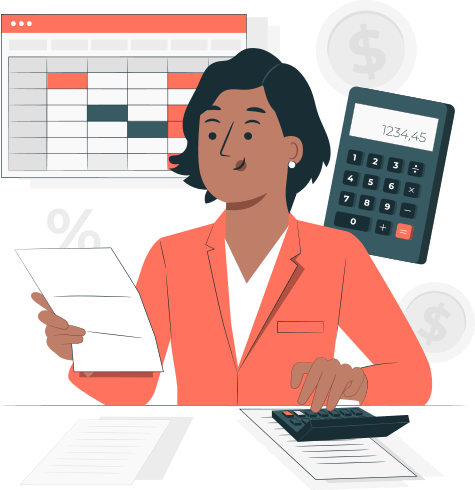 Employee engagement has seen a serious nosedive in the last decade. Fortunately, we’ve seen a very moderate uptrend in the last few years, but the numbers are nowhere near what they should be. A recent study published by Gallup suggests that about a third of the workforce is engaged. However, if we switched our perspective for a second, it would appear that the other two-thirds of the workforce could be actively disengaged.

Using these numbers as context, it makes sense that a large number of employees have to reason to want to take extra ownership and step their responsibilities up, given that they feel unheard and disengaged.

To some, the idea that people don’t feel heard at work may sound like a non-issue, but this phenomenon is unfortunately much more widespread than it should be. Research suggests that approximately 34% of employees around the world feel like they are unheard at work, and their contributions are not taken into account. Naturally, this can seriously harm their engagement and the desire to be accountable at work.

What can you do about it?

Now that we’ve touched on the problems that cause low accountability and trust, let’s explore some solutions that can help fix the issue.

1. Define what people are accountable for

As we’ve discussed above, lack of clarity in terms of employee responsibility can be a huge issue for workers and can seriously harm their engagement and accountability. This is a great first step to take. People need to understand what they’re expected to do in order to deliver on these expectations.

Naturally, many businesses have so-called evergreen responsibilities—things that they’re focused on at all times. However, there’s still a great deal of diversity in terms of the individual responsibilities of every individual employee. It’s always a good idea to spend some time outlining and communicating them to the people that work in your company.

Doing this is an example of high-level accountability—when the organization takes on the responsibility of communicating its expectations to the people involved in order to make their lives at work better and stimulate engagement and ownership.

2. Give and receive feedback on a daily basis

The next important thing to do once you’ve ensured that your employees have a clear understanding of what their responsibilities are, is providing them with continuous feedback.

People rarely have to be told to give their thoughts on things—we excel at that. The important thing about feedback is the way it’s provided. Simply cutting to the chase and telling people what you think about their performance point-blank isn’t going to be productive in most cases and in the long run.

The first and essential element of feedback is giving it in a mindful and empathetic manner. Start by acknowledging their effort and the things they’ve succeeded in. This will help the person understand that what they’re experiencing now isn’t straight criticism—it’s guidance.

In fact, a global survey conducted by Deloitte found that both Millennials and Gen-Z value learning at work at lot. Learning comes next after fair pay and advancement. Therefore, providing people with negative feedback in an unconstructive way will simply dissuade them, detracting them from actually learning.

Consider using a framework for providing feedback like the sandwich technique—the main idea behind it is to wrap your negative feedback in praise. Okay, but why is this necessary? Let’s take a bird’s-eye view of the reasons a person may have to receive some harsh feedback.

This is by no means an exhaustive list of the reasons why people may be underperforming, but what it aims to underline is that employees very rarely choose to not deliver. There’s always an underlying reason—and it has to be both acknowledged and taken into account. So, to employ the sandwich technique, offer praise for their achievements. Next, slide in your criticism. Afterward, close it off with more praise to give them the motivation to do well in the future.

However, never forget to enable your colleagues to give you feedback as well. This will help them feel heard, which is extremely important in the modern workplace.

Providing people with regular and well-presented feedback will only encourage motivation, ownership, and accountability.

3. Encourage risk-taking in the workplace

Unfortunately, whenever an issue occurs, or a project is scrapped, it’s the employees that have to take the blame. This fear of being punished will eventually lead to people playing the blame game to avoid being criticized.
Finger-pointing isn’t really productive, neither is it conducive to a healthy work environment. Instead, consider building a culture that celebrates collaboration and transparency.

In fact, managers should promote calculated risk-taking. Responsible risks are at the foundation of out-of-the-box thinking. To do that, consider defining what smart risks are in your organization and reward smart failures.

To build a sense of accountability and trust in a company, everyone should be equally responsible for the success of the product and the organization as a whole. A manager should act as a pacesetter for the people he or she works with. They should lead as an example of performance and culture for the team. Lead by example by:

It’s extremely common that organizations expect their employees to be accountable and passionate without actually providing them with the challenges and commitments to fuel accountability.

In fact, employees very rarely feel like their role contributes to the company’s goals in any way. Naturally, this makes them disengage from work. Often, this may lead to a sense of indifference towards their responsibilities since nobody really cares about the product of their work anyway.

Reassess your employees’ responsibilities and try to spot roles that have no real connection to the organization’s key performance indicators. If you happen to find such gaps, it’s essential to realign these employees’ tasks so that their actions can have a clear effect on the overall success of the company.

And in doing so, make sure to ditch micromanagement—it only defeats the purpose of helping your colleagues be more accountable and trust their colleagues more. So, fundamentally, you should learn to trust them first.

What many leaders fail to realize is that lack of trust and accountability is a behavior that tends to cascade from the top of the organization. Environments that rely on finger-pointing do very little to build a proactive corporate culture and motivate employees to deliver and take on extra ownership.

Lead by example, trust your colleagues, encourage intelligent risk-taking, and ensure that people have a clear understanding of what they’re responsible for. Last but not least, provide employees with regular feedback, but again, refrain from blaming them, instead celebrate their successes and provide them with valuable recommendations.

The Essential Guide to Upwork Competitors: Find the Best Freelancers OnlineLooking for a freelancer online can be a difficult task. Especially if you haven’t required remote workers before, you might not know where to start. Plenty of job boards can help businesses to find the right person and one of the most popular is Upwork. …

END_OF_DOCUMENT_TOKEN_TO_BE_REPLACED

Multi-project Scheduling: How To Juggle Multiple Projects At Once…

Multi-project Scheduling: How To Juggle Multiple Projects At Once…The manager’s task is a juggling act, and the more projects you have on your plate, the more challenging it becomes. If you’re not diligent enough to set priorities, things will start falling out from under you. And, as a manager, you’re probably aware that when deadlines …

END_OF_DOCUMENT_TOKEN_TO_BE_REPLACED

7 Effective Ways To Run a Highly Successful MeetingRegular meetings play a large part in how a team comes together to problem-solve, appreciate one another’s contributions, and make aligned decisions. However, if a meeting is not run well, it can have lasting effects on employee motivation and productivity. As leaders of these meetings, it’s important …