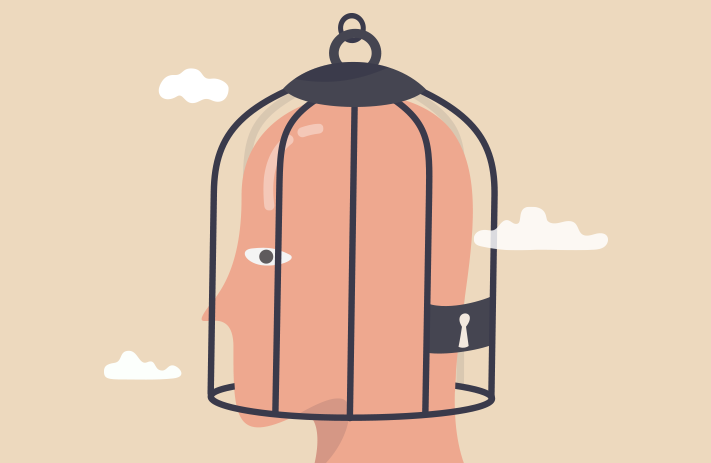 “Life has no limitations, except the ones you make” – Les Brown

A recent study by Queen’s University in Kingston Ontario has led researchers to estimate that each person experiences an average of 6200 thoughts per day! How often throughout the day those thoughts directly relate to something negative about yourself?

Everyone experiences them. Those nagging statements that invade the mind, listing reasons certain things can’t be done, or why success isn’t possible and failure is ‘inevitable’ (so why even try?).

Why is it that some people seem to be able to push past these thoughts, while others are held back by them?

Limiting beliefs are not easy to combat, but it can be done. Read on to find out how!

What Are Limiting Beliefs?

Limiting beliefs are essentially the perceptions and assumptions someone makes about themselves, often paired with beliefs about the world around them. These beliefs are formed over many years and create barriers between us and the things we want most. Some of the most common ones people experience include:

While these thoughts are detrimental on their own, they become increasingly damaging the longer they exist. Each time these thoughts occur and are reinforced when accepted as truth, they begin manifesting more often, becoming a self-fulfilling prophecy over time.
Think of it like this:

When you buy a new car, all of a sudden you begin seeing that exact car everywhere. Same model. Same make. Same color. Before buying the car there were the same amount of those cars on the road, you just never noticed them because they’re not a current part of your life. However, once you own that car, it’s a real aspect of your life and suddenly you’re aware of them every time you see them. Our limiting beliefs are exactly the same. The more we embrace them as fact, the more often they begin appearing.

Limiting beliefs are developed over many years, in a variety of ways. Some are much more deeply ingrained than others, but each one can be challenged and reframed over time (we’re telling you how at the end of this blog!). The most common ways limiting beliefs form include:

1. Family Beliefs
These are often the beliefs that have the strongest impact and are the most difficult to change because they have developed over many years. They are often part of your foundational belief system learned from your parents and closest family members.

The school system teaches a wide array of topics, but also can inadvertently instill limiting beliefs along the way. Often we hear stories about teachers telling people they’ll never amount to anything (Albert Einstein was told this!). This is a perfect example of the limiting beliefs that can be formed through education. If those teaching you don’t believe in you, it plants the seed that you shouldn’t believe in yourself either.

The things someone goes through in their life have a strong influence on how they feel about themselves and their fundamental beliefs about what they are worth. If someone has been told often enough that they aren’t smart, they begin to believe it and often stop trying to reach higher. If someone has experienced gaslighting behavior after going through traumatic experiences, they believe they can’t trust themselves. Life experiences significantly shape how our brain views the world and the limits within.

These are the beliefs that create pressure on a person to achieve certain things, or define what success ‘should’ look like. Often, this takes the form of owning a home, getting married and having children, working a white-collar job because it’s associated with a ‘higher intellect’, and more money. These are the thoughts that often end with “but what will they think?” or “how will this make me look?”.

What Effects Do Limiting Beliefs Have On A Person Or Team?

The effects limiting beliefs can have on a person come in many forms, but the one thing they all have in common is that they all have a consequence that comes with them.

Personally
Limiting beliefs can hold a person back from applying for their dream job because they feel they aren’t skilled enough to get it. They can cause a person to choose not to pursue a career they’re passionate about because they were told they wouldn’t be successful at it. It can cause people to struggle significantly in their personal relationships and everyday life, leaving them feeling they aren’t good enough or worthy of achieving what they want, ultimately leading to a halt in personal development. 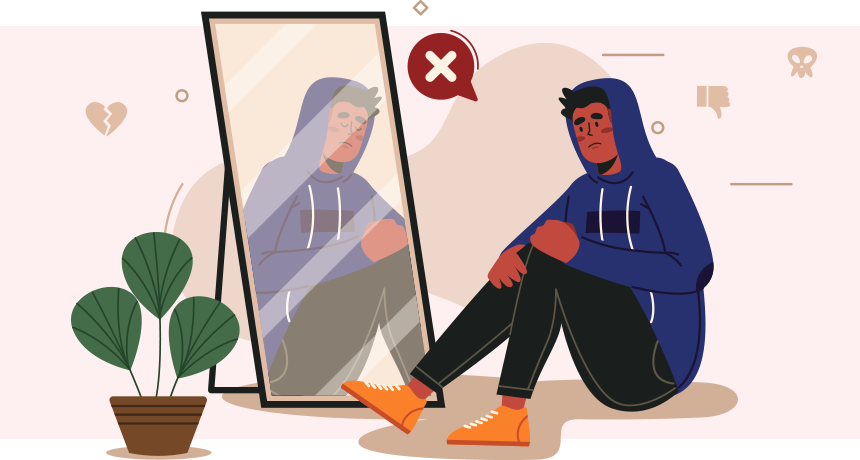 Professionally
Each time limiting beliefs are accepted and ‘proven’ correct, the stronger they get. In a Forbes article discussing confidence in the workplace, executive coach, author and speaker Bonnie Marcus explained “negative self-talk erodes their confidence as they look for proof that they will ultimately not succeed. It’s a self-fulfilling prophecy.” Not only do limiting beliefs reduce confidence, but they affect motivation, drive and passion as confidence plays a significant role in each aspect. It can also cause people to miss opportunities for growth in the workplace as well. When confidence has been diminished, people struggle to ask for well-deserved raises or go after a promotion they want because they don’t think they deserve it or are ‘worth’ the raise.

Cooperatively
Limiting beliefs can also affect teams as a whole in the workplace. This often takes the form of leaders failing to believe in their team (or certain individuals on their team), making it difficult for them to provide support to those members. It can lead to other people picking up extra work, or changing work someone else has already done because they don’t believe in them, leaving them with an unnecessary amount of work that leads to burn out. It can manifest as an expectation for perfection, leaving the team struggling to get the work completed and reducing productivity.

Limiting beliefs have deep effects on the individual experiencing them and on each member of their team as well.

How To Identify Limiting Beliefs

Limiting beliefs can be difficult to identify, as they are often tied to self-judgement just for having them (this is normal!). Limiting beliefs are experienced by everyone, and by removing the shame surrounding them, we can overcome them to achieve greater things. Here’s how you can identify your limiting beliefs:

Working through these beliefs and labelling them is essential in creating a plan to combat them and push yourself to grow beyond what you currently think capable. 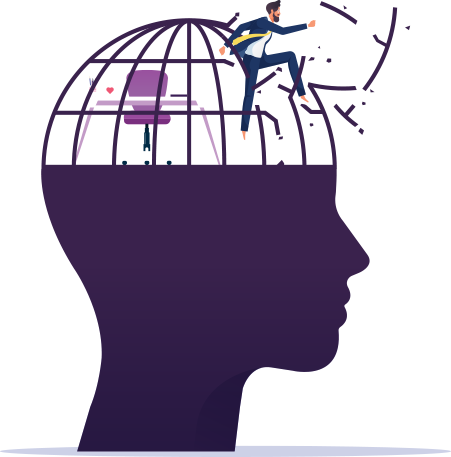 How To Overcome Limiting Beliefs

Now that you know what self-limiting beliefs you have and want to work through, it’s time to create an action plan to find success. Begin with just one of the beliefs you want to change, and ask yourself:

1. What limiting belief do you want to change?

2. Where did this belief come from?

4. How does this belief hinder you?

5. What have you given up because of it?

6. What do you think would happen if you didn’t have this belief? 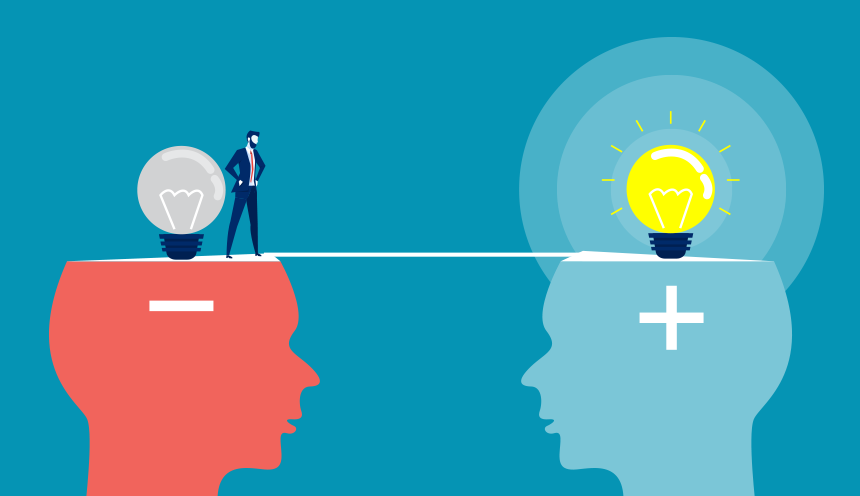 Once you’ve answered all these questions and have a clear understanding of the belief, reframe it in a way that combats the negative thoughts that occur when you start challenging it. By reframing the belief, you’ll have a direct response to the initial feeling or thought that holds you back, making it easier (over time) to change that inherent response to something more positive that pushes you forward, instead of holding you back.

For example, if you saw a job posting that’s not in your field but is something you’ve been learning and truly want to do, and when you consider applying for it you suddenly think:

“I don’t have enough education for that job”

Change that thought to:

“I may not know everything about this job yet, but I am capable of learning as I go and know I’d be great at it!”

Changing Limiting Beliefs In The Workplace

Changing limiting beliefs in the workplace can be done in a similar way, and can create growth throughout the entire workplace.

1. Have affirmations listed throughout the workplace

These can be posters or even fancy writing on the walls that provide your team with powerful affirmations they see regularly. Affirmations are a proven way to retrain the mind and banish negative thoughts that create unnecessary barriers, while also enhancing performance!

Having an organized workplace allows every member to easily navigate the workspace and creates a sense of predictability. This minimizes the probability of negative thoughts members will experience because confidence will be built through the structured environment that creates a feeling of success and stability.

3. Implement collaboration in the workplace

By creating a workspace that promotes collaboration, employees are expanding their knowledge by learning from the other members of their team while also finding confidence in their abilities by providing quality work that aids in the success of a project. Group success has the same confidence-boosting effects as when it’s individual, leaving each employee feeling accomplished and able. 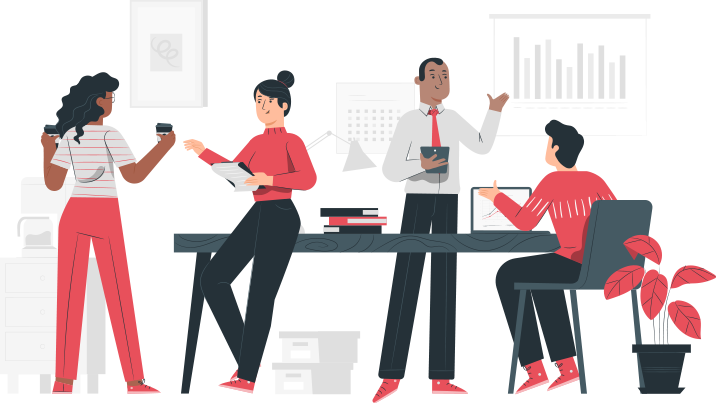 Identifying and combating limiting beliefs is essential to grow both personally and professionally. By breaking beliefs down and tracing them back to find their roots, they can be combated much easier and reframed for success.

Don’t let your limiting beliefs get in the way of finding success. Challenge them and create confidence in each choice you make!

How To Use Organizational Effectiveness To Build Company Success

Estimated reading time: 17 minute(s) How To Use Organizational Effectiveness To Build Company Success How effective is your company’s current system of processes? How a company creates their business strategy, and how well that strategy performs, can have a range of benefits for the company and its employees. In a survey completed by Deloitte, they …

END_OF_DOCUMENT_TOKEN_TO_BE_REPLACED

10 Types of Essential Work Meetings And Why They Matter

Estimated reading time: 38 minute(s) 10 Types of Essential Work Meetings And Why They Matter We’ve all been there: stuck in yet another painful work meeting that could have simply been an email. Meetings have become such a frequent activity in the workplace that it’s easy to joke about why have them in the first …

END_OF_DOCUMENT_TOKEN_TO_BE_REPLACED

Estimated reading time: 34 minute(s) 7 Effective Ways To Run a Highly Successful Meeting Regular meetings play a large part in how a team comes together to problem-solve, appreciate one another’s contributions, and make aligned decisions. However, if a meeting is not run well, it can have lasting effects on employee motivation and productivity. As …